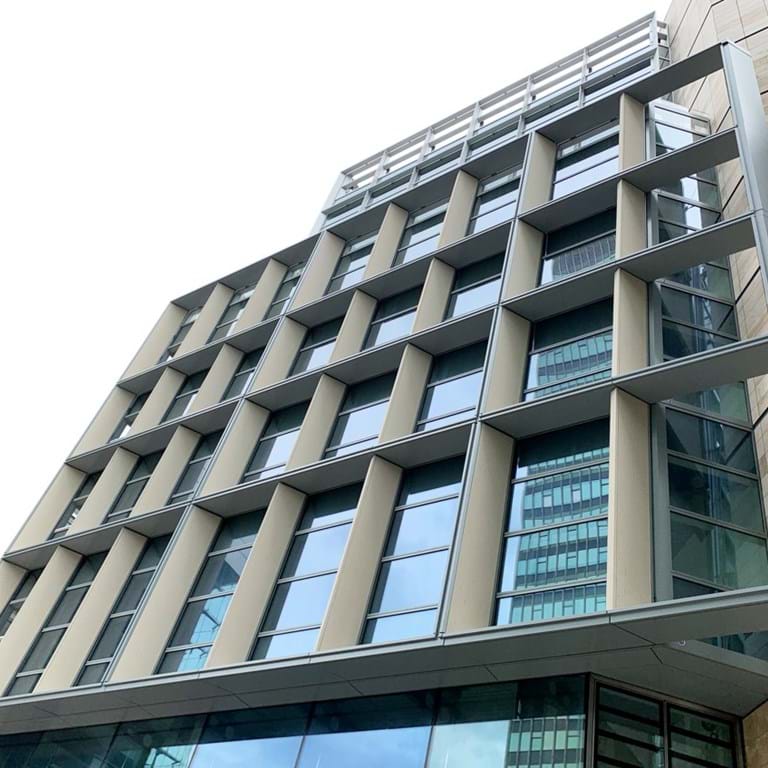 Back To All News

CIBSE and the Society of Façade Engineering (SFE) celebrate sustainable design, innovation, and excellence at the Façade 2022 Design and Engineering Awards

With 10 categories celebrating sustainability and innovation in the UK and international façade engineering, this year’s awards recognised refurbishment and new build projects, along with the 2022 Young Façade Engineer of the Year.

AECOM were recognised in the international sustainable project of the year category for the Gillies Hall Student Accommodation in Melbourne, Australia. AECOM returned to first principles to deliver the first large-scale PassivHaus project in Australia and, when completed, the largest PassivHaus certified project in the Southern Hemisphere. This was made possible by adapting the building orientation and layout to allow for natural ventilation throughout and limiting solar gain in summer.

Simon Bate was named the Young Façade Engineer of the Year 2022. Simon graduated from Warwick University in 2019 and has worked as a façade engineer for Buro Happold since. In nominating him, Peter Goff, Associate Director at Buro Happold, praised Simon for his diligence, rigour and maturity, particularly when working on some of the most challenging projects relating to the remediation of combustible cladding on high-risk buildings.

As well as celebrating the achievement of young façade engineers, Chris Macey MBA FSFE was recognised with a Lifetime Achievement Award. Chris is joint founder and CEO of Wintech Group. Following the Grenfell Tower disaster in 2017, Chris has contributed to sub-committees focused on the remediation of building facades to prevent the spread of fire through the external envelope. Chris has been instrumental in the development of façade engineering as a recognised specialism, promoting the contribution of façade engineering in delivering high performance buildings.

“After relaunching the awards this year and partnering with ZAK World of Facades London Conference for the first time, we were thrilled to receive so many quality entries. With the challenges presented by climate change, it’s fantastic to see façade design and engineering leading the way in terms of sustainability and retrofit, both in the UK and internationally.

The level of interest both across the world and from the UK reflects the wider recognition of the importance of the science of façade engineering, its contribution the built environment, and the fundamental role that facades now play in buildings achieving their carbon targets and building sustainability objectives. Congratulations to all the shortlisted and winning entries tonight.”

See the 2022 Façade Design and Engineering Award winners below:

Project of the Year, Refurbishment

Winner: Arup for The Burrell Collection

Project of the Year, Sustainability (UK)

Project of the Year, Innovation (UK)

Project of the Year, Innovation (International)

Winner: Buro Happold for The Museum of the Future

Product of the Year

Product of the Year

Young Façade Engineer of the Year 2022